Head was optioned to the minors 12 times by Tampa Bay in 2021, setting a record and inspiring a new rule. Now in Miami, he just might stick around. 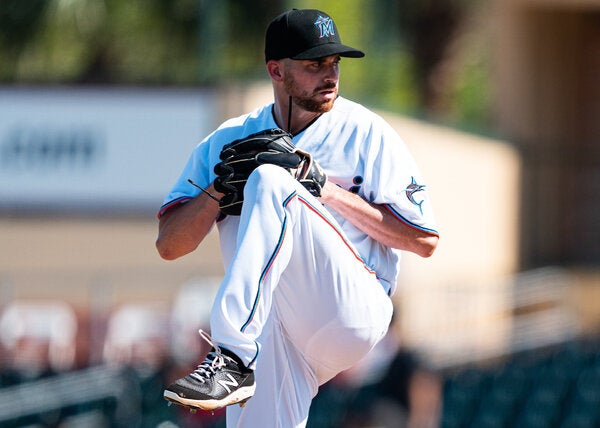 Louis Head joined the Miami Marlins after a season in which the Tampa Bay Rays optioned him to the minor leagues 12 times. Credit... Miami Marlins

JUPITER, Fla. — Baseball is a game of failure, they say, but it is all relative for Louis Head. A little more than a year ago, before he became The Man Of Many Options with a saga that inspired a rule change in Major League Baseball, Head was selling solar panels, door to door, in Arizona.

“There’s way more failure in that industry than in sports,” Head said last week, standing by his locker in the Miami Marlins’ clubhouse at spring training. “I mean, for every 100 doors you’re knocking, you’re probably going to get told ‘no’ 95 times. Of those five people, you’ll probably get one or two sales off that. That was the tough part about it, but it kind of prepared me mentally for the last season, to be perfectly honest. Eight months of being told ‘no’ 98 percent of the time, it gets to you.”

The Tampa Bay Rays spent much of last season telling him both yes and no: Yes, you can come to the big leagues … no, you can’t stay … repeat. They optioned Head to the minors 12 times, a luxury teams no longer have. Most players cannot be optioned at all without clearing waivers. But those who can are no longer permitted to be shuffled back and forth an unlimited number of times during a season.

As part of the new collective bargaining agreement, players cannot be optioned more than five times once rosters contract to 26 players on May 1. (Teams will carry 28 active players until then, after the lockout forced an abbreviated spring training.) 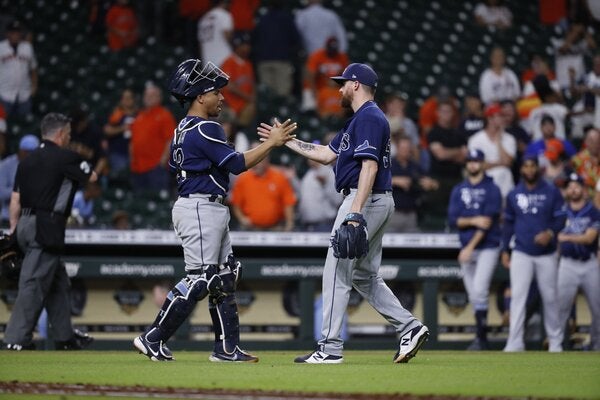 Head closed out Tampa Bay's win over the Houston Astros on Sept. 29. A few days later, he was optioned to the minors for the 12th time that season. Credit... Bob Levey/Getty Images

“The outsider perspective is like, ‘You’re lucky enough to be playing baseball, the trade-off is worth it,’” said pitcher Tyler Glasnow, the Rays’ union representative. “But it’s hard when you’re picking up and moving that much — no matter what you do, it’s frustrating and annoying. So to see that happen in this latest C.B.A. is very relieving for people. You can’t just send someone up and down as much as you want now. There’s more strategy involved and it helps the player out.”

Part of the value of young players with options — especially relievers — is that teams can easily add and remove them from the active roster, ensuring a fresh stable of arms in the bullpen. But many teams took that to the extreme, and Head’s case became a talking point in negotiations between players and owners.

Despite the hassle of being moved around so much, the Tampa Bay experience was overwhelmingly positive for Head, who was retired last winter before the Rays surprised him with a tryout offer. They called him up to the majors in April, on his 31st birthday, and got 35 solid innings from him across the season.

“He was phenomenal,” said Peter Bendix, the Rays’ general manager. “He had a wild ride and all he did was perform. He didn’t say anything about it, and whatever we needed, he did. He deserves tremendous praise for that.”

Head pitched 26 times for Durham with a 2.20 earned run average, and 27 times for Tampa Bay with a 2.31 E.R.A. Even so, the Rays used 38 pitchers last season (not counting position players who pitched) and did not keep Head on the roster, trading him to Miami in November for a player to be named or cash. He is preparing for more of the same.

“If it’s in Miami, or if it’s in Jacksonville, I just want to help the team in any way that I can at either level,” said Head, mentioning the Marlins’ Class AAA affiliate. “Being out of the game and now back in, I just want to win.”

Sign up for the Sports Newsletter   Get our most ambitious projects, stories and analysis delivered to your inbox every week.

The Marlins are Head’s fifth organization, after Cleveland (who drafted him in the 18th round from Texas State in 2012), the Los Angeles Dodgers, Seattle and the Rays. When the Mariners released him in May 2020, during the Covid shutdown, Head considered it the end of his baseball career.

“I was done; I’d moved on,” said Head, who was also planning his wedding at the time. “I hadn’t made much money in my career, and the pandemic happened and I wasn’t making any money. So I needed to go get a job to help support us, and baseball wasn’t going to do that.”

He consulted ZipRecruiter, spoke with friends and eventually landed with Pure Energy Solar in Tempe, Ariz. Kyle Simmons, the company’s national sales director, mentored Head and called him a model employee who was fully invested in a new career.

“People with athletic backgrounds typically excel in our organization,” Simmons said in a phone interview. “You see the competitive nature, the drive to be the best at their craft and to still move forward, regardless of the results.” 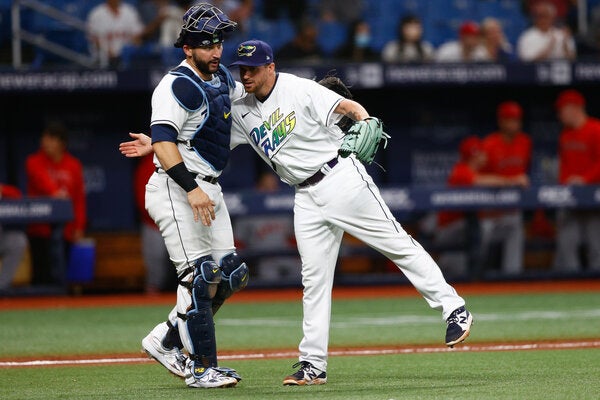 For all of the doors that closed on him, or simply never opened, Head produced. From September 2020 until his final sale went through last May — when he had already reached the big leagues — Head sold 16 custom-made solar units, and Simmons said he ranked among the top 15 percent of his sales force.

A few months into the job, though, the Rays called Head’s agent and asked if they could see him throw. After taking a week to prepare, he showed enough to get a minor-league contract with an invitation to spring training. Head learned a different shape for his slider, adjusted his arm angle and revived his original career.

“When he got the offer, we were all very supportive of him,” Simmons said. “It was like: ‘You’ve been pursuing this for the last decade, and now you’ve got another shot. Solar isn’t going anywhere — and if it is, we have a bigger problem.’”

The up-and-down season would challenge Head physically — from the travel and lack of routine — and mentally, from the knowledge that every time he pitched for the Rays, he might be shipped back to the minors for a fresher arm.

Then again, Head said, while he enjoyed selling solar panels, his time outside baseball has made him even more motivated to stay within it.

“When I had my first meeting with the Rays, I told them I’d much rather give up a home run in the big leagues and move on to the next pitch than to have somebody tell me, ‘Get off my property!’ and have to move on to the next door,” he said. “It makes life a lot easier throwing baseballs than having to knock doors.”